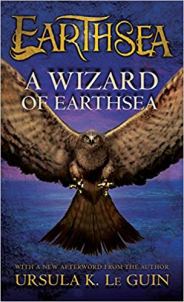 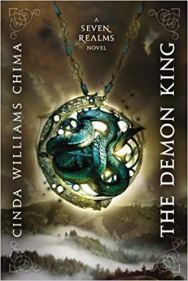 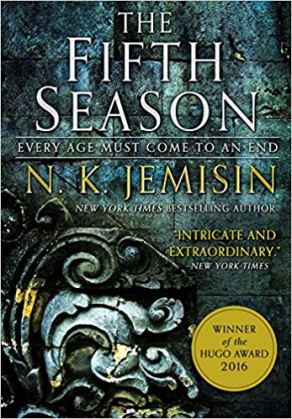 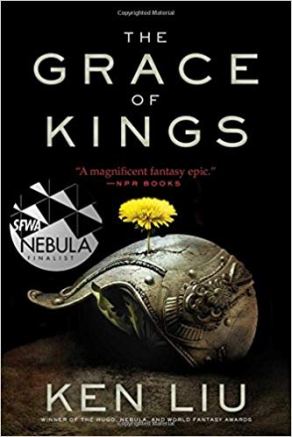 A Wizard of Earthsea – Ursula LeGuin
A boy grows to manhood while attempting to subdue the evil he unleashed on the world as an apprentice to the Master Wizard.

An Ember in the Ashes – Sabaa Tahir
Laia is a scholar living under the strict rule of the Martial Empire. When her brother is arrested for treason, Laia goes undercover in exchange for assistance from rebel scholars who claim they will save her brother from execution.

Aurora Rising – Amie Kaufman
Eighteen-year-old Tyler Jones, top graduate of Aurora Academy, and a group of misfits and troublemakers embark on their first mission with Auri, a stowaway from the distant past.

Graceling – Kristin Cashore
In a world where some people are born with extreme and often-feared skills called Graces, Katsa struggles for redemption from her own horrifying Grace, the Grace of killing, and teams up with another young fighter to save their land from a corrupt king.

Song of Blood & Stone – L. Penelope
Orphaned and alone, Jasminda is an outcast in her homeland of Elsira, where her gift of Earthsong is feared. When soldiers seek refuge in her cabin, they bring with them a captive, injured spy who threatens to steal her heart.

The Demon King – Cinda Williams Chima
Relates the intertwining fates of former street gang leader Han Alister and headstrong Princess Raisa, as Han takes possession of an amulet that once belonged to an evil wizard and Raisa uncovers a conspiracy in the Grey Wolf Court.

The Fifth Season – N.K. Jemisin
Three terrible things happen all in a single day. Essun comes home to find that her husband has brutally murdered their son and kidnapped their daughter. Mighty Sanze, the empire that has been the bedrock for a thousand years, has collapsed. And worst of all, a great red rift has been torn which spews ash enough to darken the sky for years.

The Grace of Kings – Ken Liu
The story of two men who become friends through rebelling against tyranny and then turn against each other in defense of irreconcilable ideals.

Where You Can Find Us